How Oxygen Was First Used in Mountaineering and on Everest

Bottled oxygen was first used in mountaineering on the first serious attempt to climb Mount Everest in 1922. Before then, the highest summit climbed was the 23,386 ft (7,128 metres) Paunhunri. This was not high enough to require the use of bottled oxygen.

Why do Mountain Climbers Carry and Use Oxygen Cylinders?

I answer lots of other common questions in my other article, Everest and Oxygen – Your Questions Answered.

The rest of this article will focus on the history of oxygen use, and how it came about during the very first expeditions to Everest.

At What Altitude do Mountain Climbers Need Oxygen?

Mountaineers usually use extra oxygen at around 26,200 ft, or 8,000 metres, if it is available. There are only a couple of mountains in the world where this is necessary. The most well-known is Mount Everest. Oxygen is usually needed to get to the summit, even after weeks acclimatising to the thin air at Base Camp.

On Everest’s most common route, that altitude of 8,000 metres corresponds roughly to the South Col, so climbers leave Camp 4 on the South Col breathing supplementary oxygen.

How about the second-highest peak? For most of the early attempts on K2, the second-highest mountain in the world at 8,611 metres (28,251 ft), climbers in small, fast teams didn’t use oxygen. They were generally the top climbers in the world. From the 2004 season onwards though, this seemed to change, and there was an increase in the use of oxygen: 28 of 47 summitteers used oxygen in that year. (source wikipedia).

When Was Oxygen First Used on Everest?

Oxygen was first used on Mount Everest in 1922.

How this came about is a fascinating story…

In order to get supplementary oxygen into a climber’s lungs some serious plumbing is necessary. Unlike a scuba diver apparatus, you are not aiming to provide all the oxygen needed, under pressure. That would mean carrying tons of oxygen cylinders.

No, the aim is to add extra oxygen molecules to the ambient, surrounding air that the poor climber is gasping in and out of their lungs. So what’s needed is a steady flow of up to six litres per minute of pure oxygen into a mask surrounding the climber’s face. Thin, ambient air is drawn into the mask and a stream of pure oxygen mixes with this to give the climber sufficient oxygen. That’s the idea, anyway.

Oxygen on Everest in the 1920s

On the very first attempts to climb Everest in the 1920s the British realised that supplementary oxygen would be needed to survive an attempt on the summit.

The development of more and more powerful aircraft engines during the First World War had led to the need for oxygen sets for the pilots who were being propelled to higher and higher altitudes. Oxygen was needed above 12,500 feet (3,810 m). At one point more pilots were being lost to hypoxia (lack of oxygen) than to enemy action.

As a result, after the war, the technology was in place and oxygen sets were available to be transported to Tibet. There was much debate about this.

New Records Set in 1922 Thanks to Oxygen

My cousin Howard Somervell, who was on that first ever attempt to climb Mount Everest in 1922 was amongst those who regarded the use of oxygen as unsporting, or cheating. The Expedition Secretary Hinks said “Only rotters would use oxygen.” But on that first, oxygen-free attempt the British only reached 26,800 feet (8170 m).

A few days later on that 1922 expedition George Finch and his companion Geoffrey Bruce reached an altitude of 27,250 feet (8,305 m) on the same North Ridge route on Mount Everest. Using a crude open circuit system weighing nearly 40 pounds (18 kgs) they had set a world altitude record.

Interestingly this was Geoffrey Bruce’s first-ever climbing expedition, a rare example of a total novice in a sport setting a world record! His performance demonstrated that complete amateurs could climb Everest- but only with oxygen. (Souce pubmed).

Somervell, despite being a surgeon and a scientist, still felt that using oxygen was cheating. Many elite climbers still hold the same opinion.

Oxygen on the 1924 Expedition

On the next Everest expedition in 1924 Somervell and his companion Edward Norton reached an altitude of 28,116 feet (8570 metres) without supplementary oxygen, setting an oxygen-free record which stood for fifty-five years.

Somervell’s friend George Mallory did use the heavy cylinders of oxygen available in 1924 but died on his attempt, so it was unclear whether the gas had helped him or not.

Oxygen sceptics at the time blamed the gas for getting Mallory and his companion Sandy Irvine too high for safety when the gas ran out, but we now know that descent without supplementary oxygen is possible.

Success with Oxygen in 1953

Lessons had been learned, the British oxygen sets were completely redesigned and in 1953 Edmund Hillary and Tenzing Norgay reached the summit with lighter oxygen sets weighing only 28 pounds (13 kg). (Source wikipedia)

By the 1960s medics had studied the physiological demands of high-altitude climbing and decided that the atmosphere at Everest’s summit was so thin that it could only support a human at rest. They concluded that to try to climb to the summit without supplementary oxygen would result in serious, irreversible brain damage or death (Source: NationalGeographic.com).

As usual, as soon as someone says something is impossible someone else proves them wrong.

Oxygen Use To the Present Day (and summiting without it)

Reinhold Messner and Peter Habeler studied Somervell and Norton’s oxygen-free climb and decided to give it a try. Using the South Col route they reached the top on their second attempt in May 1978. Reinhold Messner described crawling to the summit without supplementary oxygen:

“In my state of spiritual abstraction, I no longer belong to myself and to my eyesight. I am nothing more than a single narrow gasping lung, floating over the mists and summits.”

Peter Habler was so concerned about brain damage that he virtually ran back down the mountain. But both men seemed little affected by the experience. Doctors had to reevaluate what the human body was capable of at extreme altitudes.

In 1980 the Russian company Poisk adapted a Soviet Air Force oxygen system and started to sell it commercially.

I used one of these Poisk oxygen sets to get to the summit in 1993.

The Poisk set was adapted from a Russian MiG jet fighter system with a heavy oxygen cylinder, a glass tube to show the flow rate (which was prone to breakage), rubber tubes, a leather face mask and a rubber balloon that dangled from the bottom of this mask.

Some claimed the cylinder was made of Titanium alloy, but a magnet would stick to it, suggesting it was made of steel. I had one of these cylinders pressure tested to destruction in the UK, which confirmed this.

This system had a number of problems:

As a result, as I approached the bottom of the Hillary Step the oxygen stopped altogether and my mask stopped me from breathing the ambient air. I actually lost consciousness for a short time. As I was alone at that point in the climb I will never know how long I was unconscious.

Some summiteers who used Poisk consider at least part of their ascent to be oxygen-free! (Source: alanarnette)

In the early 2000s a British RAF engineer named Ted Atkins came up with a much-improved system after frustration with the old systems. He needed a better air bladder, and so he used a condom and a coke bottle:

“I had taken with me a Tornado jet pilot’s mask and some fittings with no sure idea of the end product. Sitting outside my tent with all of these bits in front of me the idea came.

It was a condom opened and dropped inside a 500 ml coke bottle and the lip folded over the bottle neck. Then a rubber hose sealed over this which led up to the mask. Now as the oxygen flowed while I breathed out, [it] was diverted into the condom reservoir; when I breathed in, I drew the oxygen here. It worked and the rest is history.”

Atkin’s TopOut system was a step-change in oxygen supply systems. I worked on Mount Everest with Ted in 2006 and 2011, but sadly he was killed in 2018 descending Mount Civetta in the Dolomites. No-one knows what happened.

Then in 2003, another UK company entered the market. Summit Oxygen initially used nasal tubes like patients in hospital but these didn’t provide enough flow for an Everest climber at maximum exertion at 8800 metres. They then developed a mask, regulator, valve and cylinder and produced the lightest system yet.

My old friend Russell Brice, owner of Himex expeditions and veteran of years of commercial Everest expeditions converted his systems to Summit Oxygen, but retained the Poisk oxygen cylinders which he found reliable and was able to refill locally.

He had this to say:

“The Summit mask has a hard shell. By adding a hard shell on the outside of the soft shell gives more insulation, but also gives a solid placement for the various valves so they are secure and do not fall off. There is now a small diaphragm that takes the place of the hanging bottle and plastic bag system (like the TopOut system).

Some say that this diaphragm is not large enough, but from my use we find that it is totally OK, even at a 4 litre flow rate. Although this is somewhat more noisy, but when you have so much air passing a small place, one should expect this.”

“Some of the valves are a bit tighter than the Top Out mask, at first this makes the Summit mask a bit claustrophobic, so it needs to be worn quite tightly in order to gain the full efficiency of the oxygen mix. But once on a 4lt flow rate it seems to work perfectly.

Although we have not tested this in a laboratory, from all reports it seems that people are getting a better pure oxygen mix than previously. The Summit mask has an in line flow indicator, where as our TopOut masks did not have this feature, and to have it fitted was at an extra cost.” (Source: AlanArnette)

It seems that in the future humans will still need extra oxygen to climb Mount Everest and ways to deliver it to them will improve. The ideal, of course, would be to have no apparatus at all. 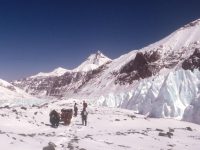 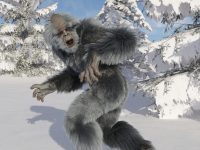 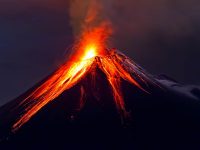 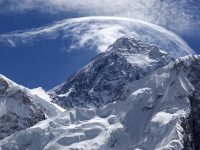 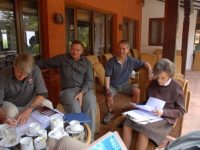